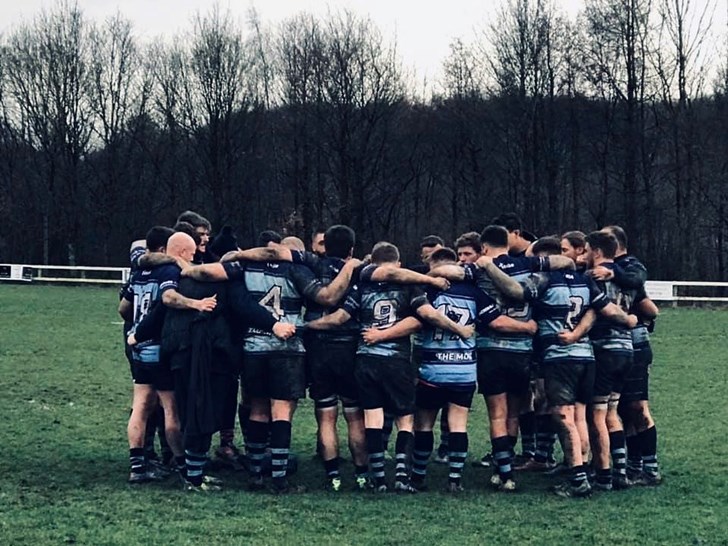 Aspull continued their excellent form with a comfortable win in the league and National cup double header against 2nd placed Congleton.
The game was a tough encounter but Aspull’s game management, tenacious tackling and clinical attack proved to much for a well drilled and organised Congleton team who still have hopes of finishing 2nd in the league.
Due to the cup game being postponed a few weeks ago it wasn’t only the vital league points, but the chance to progress to the Quarterfinals of the senior national vase with the final at twickenham to be played for.
Aspull started the game quickly and only some great Congleton defence kept them out but it wasn’t long before the Aspull took the lead when a break by Liam Reeve saw the ball quickly recycled and quick hands by capt Sam Kindred created the gap for Louis Moleyneux to race over, converted by Kieran Ford to give Aspull a 7-0 lead after 7mins.
Aspull continued to threaten every time they had the ball and with Sam Kindred and Liam Reeve directing things in midfield and with the pace and ability of the Aspull backs they soon increased the lead Aspull moved the ball wide, a quick ruck saw the ball shipped back across creating the space for Carlton-Jones to score the 1st of his 3 tries, Ford converted 14-0. Back row Tommy Higham and 2nd row Jon Wilson were heavily involved in the action in both defence and attack With number 8 Liam West a constant threat. It was West who created the next score breaking from his own half, he was supported by 2nd row Pat Wilson who broke 2 tackles and ran over the top of the fullback to score, Ford converted 21-0. Congleton have had an excellent season and Aspull knew they would not give up and when prop Aidan Clark was sin binned, they took full advantage to score a well worked try by the winger to reduce the deficit to 21-5 at HT.
Both defences were working hard, Sam Kindred led the way with several crunching tackles.
The start of the 2nd half was closely contested with big defences being tested, once again Aspull’s defence stood firm and then they showed their clinical side as they took the opportunity when it arose, a break by Kieran Ford and with Carlton-Jones In support to finish off another try, Ford converted 28-5. Aspull made several changes bringing on the ever impressive Jake Greenhalgh who has been in outstanding form this season, but due to the quality of Aspull back row found himself on bench. Ryan Wignall made his 1st team Aspull debut replacing Michael Webb at hooker, prop Matty Walker, another who is in excellent form, replaced Aidan Clark. The pace of the game was taking its toll on the visitors, Aspull piled on the pressure and after 7 phases the ball reached Tommy Higham who powered his way over for a well-deserved try, Ford converted 35-5. Congleton continued to push for more points to close the gap but could not break down the Aspull defence. Liam West who led from the front as always made the break for the final Aspull score brushing off several would be tacklers before slipping a pass to Carlton-Jones to race away for his hat trick and his 31st try of the season. Ford converted to maintain his 100% record and leave the final score 42-5.
2nd row Jon Wilson tackled well and made several breaks in an all round excellent display, Tommy Higham had his best game of the season and once again Carlton-Jones showed his class in scoring another hat trick.
Congleton will feel the score flattered Aspull as they put in so much effort and against a lesser team could have won the game, but Aspull are a formidable outfit with excellent defence and clinical finishing. They have the chance next week to confirm promotion and could win the league depending on other results, they already have a Lancashire plate final to look forward to and now a National quarter final against Northallerton rufc on the 16th March.
#uptheemus
Tweet
Tweets by @aspullrfc